skip to main | skip to sidebar

Left By The Ship online worldwide

At last, Left By The ship can be seen online outside the USA and Italy. Click on the link to watch the film for $3.00 worldwide http://vimeo.com/ondemand/leftbytheship

to see the film online inside the USA: http://www.amazon.com/Independent-Lens-Left-Ship/dp/B008621M0G
or itunes: https://itunes.apple.com/us/movie/left-by-the-ship/id524886719
Posted by Leftbytheship at 3:38 AM 2 comments:

Soon- on May 24th- the TV version of LEFT BY THE SHIP will be on Tv in the US, at last! I am excited and hope a lot of good reactions will come out of it.
Here is the website http://www.pbs.org/independentlens/left-by-the-ship/

And also, the feature length version of the film can be seen on itunes from May 25th. Here is the link to that http://bit.ly/Kvv3d
Posted by Leftbytheship at 2:24 AM 33 comments:

LEFT BY THE SHIP DVD

Trailer of LEFT BY THE SHIP documentary

A documentary about Filipino Amerasians, done by two Italian filmmakers, Emma and Alberto, which is related to my blog will be opening soon, in Florence, Italy on November 18th. After that, the film will be seen on US TV (and in Festivals worldwide) in 2011.

Amerasians in Olongapo and all over the country and the planet. Post your comments and your stories, let's show the world how many of us there are!
Posted by Leftbytheship at 12:12 AM 1 comment: 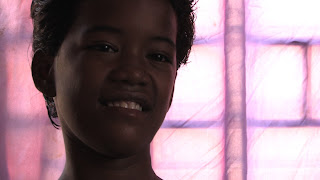 Childhood is supposed to be a time of innocence, but for this little

Amerasian girl, whatever is left of it is slowly being peeled away

every day that passes by.

small room that my mom rented for us. I was a few years younger than

her then, but then I was a boy - and so was shielded from some of the

dangers that waited for her around corners.

The tragedy in her situation is that, having lived in the streets for

so long, she no longer knows how to live what we would call ' an

ordinary life', spent around the house among family.

She has become like the wind, breezing through the streets of

Olongapo, as wild and free as the elements itself. Sleeping under the

roof of buildings, looking for food whatver way she could manage, and

But when I look at her, I see her encased in a prison - made possible

by long habit - encased between walls of air. It doesn't take a lot of

imagination to see what life has in store for her down the road, if

One of the most positive scenarios for her, sad to say, is to become

her like father - an Amerasian who prowls the city streets, with no

real place to call home, only managing by a hair's breadth to overcome

hunger, thirst, and the dangers that lurk nearby by dint of luck.

Posted by Leftbytheship at 10:14 AM 4 comments: 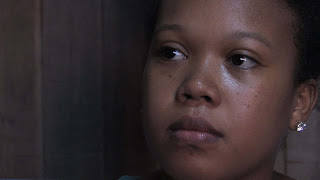 Trying to fit in and overcome

her, teased her, and ridiculed her for the color of her skin.

these labels, hurled without any thought by callous people, lodged

deep in her heart. It was so bad that she would sometimes break down

That is, until found it within herself to be strong. Some of us has a

the harshness of others. It would take her some time, she said, but as

Today, even as she still feels the stares, the sting of jokes at her

expense, or the laughter aimed at her - she has deliberately exerted

effort to fight back - but on her own terms.

She will not be the butt of jokes - not anymore. Instead, she will

face whatever they throw at her and shine - no matter what.

And she does this everyday - trying to be normal, when everything

about her screams of her inherent difference - if only in appearance -

from those around her, can still be a difficult challenge. But it is

one that she is only happy to face head on. 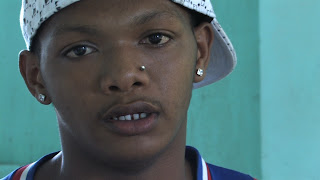 Born 1987
Quest for love and belonging

people to count him as one of their own. At the time, he was out of a

job – but he supplemented his meager income with odd jobs, eking out

an income for his brother and himself.

When I met him, I thought to myself – here is a vital young man – sure

he has invisible crutches, but he seemed capable of standing on his

own two feet if he set his mind to it.

and frustrated me. Because I recognized it for what it was – somewhere

deep within him, like in all of us, there is a reservoir of feelings

that has almost gone dry from not being filled by others.

In a sense, he is thirsting for love – but, like the man who is lost

in the middle of the desert, he is going to die of it unless he finds

an oasis in a vast land of despair. Or wakes up from his delirium and

Charismatic and fiercely loyal, Jr was always in trouble – or headed

for one. He surrounded himself with friends – his gang – who were

there, I felt, to make up for what he lacked – a family of his own.

He still believes in a concept called " Father", something I learned a

long time ago to cast away – like the belief in Santa Claus, which did

not survive my childhood.

me. And so I set it all aside – together with whatever desire I had

for one. For me, there was no use trying to crave what you could never

have.  That is, until I became one.

me and walked away. Forever.

feelings, I came face to face with the reality of what I – and others

like us -  confront in their everyday lives. In my case, I had

squashed those feelings that grips him now, until they no longer

exerted any influence on me. But seeing it in him provoked me to think

How can you pin your hopes on someone who abandoned you? How can you

love someone who loved himself more than you? And, finally, how can

least, in my mind, is still potentially alterable if he first accepts

the reality of his situation.

– unconditional love – from people who impose conditions on their love

for him. Once he gets past that, then he will be within sight of the

road to recovery and eventually find the will to stand on his own.

More than anything, he spends time with his gang. In each other, they

find solace, even as their own preoccupations veer toward the

dangerous or the absurd.

JR I  always on the brink of one disaster or another – and usually,

the tragic place where fate has placed him.

cared for and be loved, mixed in with a great capacity for giving of

himself  to others.  In the end, that could also be what saves him –

if he can lay his demons to rest.

Stories of Amerasians of Olongapo City, Subic Bay, The Philippines

THE TERM AMERASIAN IS GENERALLY USED TO DESCRIBE A PERSON BORN FROM THE RELATIONSHIP BETWEEN A U.S. SERVICEMAN AND AN ASIAN WOMAN
ESTIMATED 52,000 AMERASIANS ARE LIVING IN THE PHILIPPINES TODAY

When the U.S. bases closed in 1992 they left behind thousands of Amerasian children. Pearl S. Buck International foundation estimates there are 52,000 Amerasians scattered throughout the Philippines with 5,000 in the Clark area of Angeles. "The majority of the children have been abandoned by their American fathers," said Jocelyn Bonilla, the manager of the Pearl S. Buck center in Angeles City. Unlike their counterparts in other countries, American-Asians, or Amerasians, in the Philippines remain impoverished and neglected. A study made by the University of the Philippines' Center for Women Studies further disclosed startling facts affirming that many Amerasians have experienced some form of abuse and even domestic violence. The findings cited cases of racial, gender and class discrimination that Amerasian children and youth suffer from strangers, peers, classmates and teachers. The study also said black Amerasians seem to suffer more from racial and class discrimination than their white counterparts. White female Amerasians are highly vulnerable to sexual harassment, the study noted. Two-thirds are raised by single mothers; others by relatives and non-relatives; 6% live on their own or in institutions. 90% are born "out of wedlock."It was reported in 1993, that prostitutes are increasingly Amerasian, children of prostitutes caught in a cycle which transcends generations.